In southern China, mangrove marshes are being invaded by the salt marsh cordgrass, Spartina alterniflora, which is native to the eastern USA coastline. Cordgrass seeds can float into light gaps among the mangroves, and then germinate and choke out mangrove seedlings.  However, intact mangrove forests can resist cordgrass invasion.  Zhang and his colleagues wanted to know how they resist. 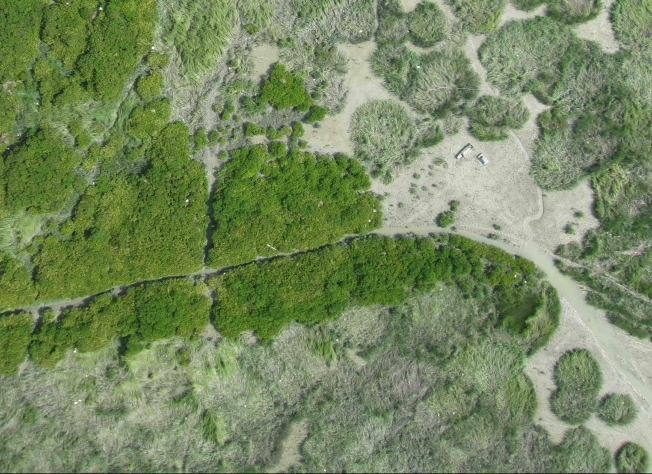 Cordgrass was introduced into China in 1979 to reduce coastal erosion.  It proved up to the task, quickly transforming mudflats into dense cordgrass stands, and choking out much of the native plant community.  Dense mangrove forests grow near river channels that enter the ocean, and are considerably taller than their cordgrass competitors.  The last player in this interaction is a native rat, Rattus losea, which often nests on mangrove canopies above the high tide level. At the research site (Yunxiao), many rat nests were built on mangroves, using cordgrass leaves and stems as the building material. 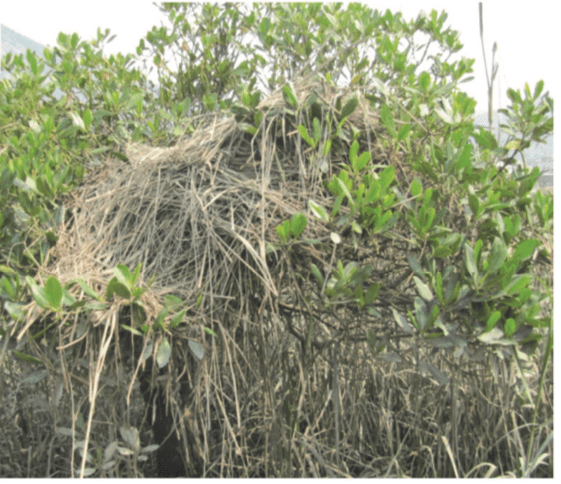 Zhang and his colleagues suspected that cordgrass invasion into the mangrove forest was prevented by both competition from mangroves and herbivory by rats on cordgrass. 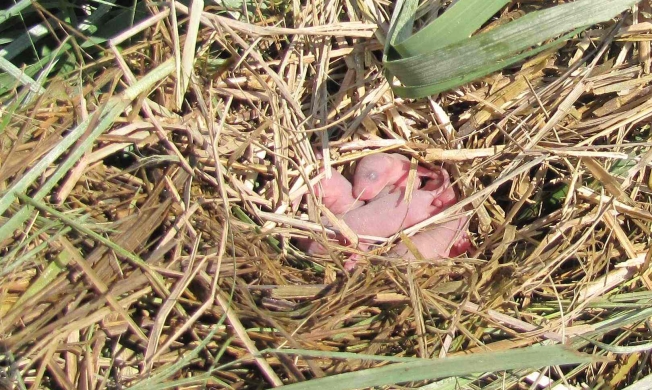 To test this hypothesis, they built cages to exclude rats from three different habitats: open mudflats (primarily pure stands of cordgrass), the forest edge, and the mangrove forest understory, (with almost no cordgrass). They set up control plots that also had cages, but that still allowed rats to enter. 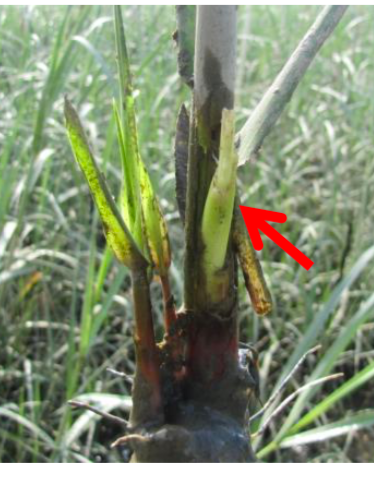 The researchers planted 6 cordgrass ramets (genetically identical pieces of live plant) in each plot and then monitored rodent grazing, resprouting of original shoots following grazing, and shoot survival over the next 70 days.

They discovered that the cages worked; no rats grazed inside the cages.  But in the control plots, grazing was highest in the forest understory and lowest in the mudflats (Top figure below).  Most important, both habitat type and exposure to grazing influenced cordgrass survival.  In the understory, rodent grazing was very important; only one ramet survived in the control plots, while 46.7% of ramets survived if rats were excluded.  In the other two habitats, grazing did not affect ramet survival, which was very high with or without grazing (Middle figure). Rodent grazing effectively eliminated resprouting of ramets in the understory, but not in the other two habitats (Bottom figure). 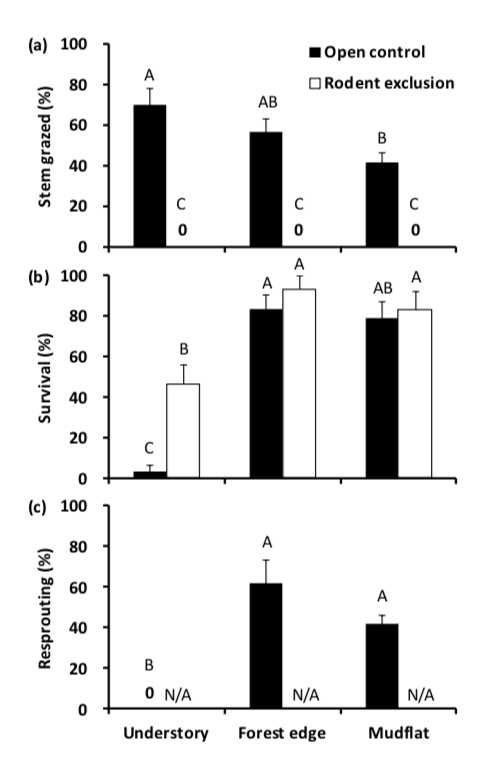 Impact of rat grazing on cordgrass in the field study in three different habitats.  Top figure is % of stems grazed, middle figure is transplant survival, and bottom figure is resprouting after grazing (there was no grazing in the rodent exclusion plots). Error bars are 1 standard error. Different letters above bars indicate significant differences between treatments.

The researchers suspected that low light levels in the understory were preventing cordgrass from resprouting after rat grazing. This was most easily tested in the greenhouse, where light conditions could be effectively controlled.  High light was 80% the intensity of outdoor sunlight, medium light was 33% (about what strikes the forest edge) and low light was 10% the intensity of outdoor sunlight (similar to mangrove understory light).  Rat grazing was simulated by cutting semi-circles on the stembase, pealing back the leaf sheath, and digging out the leaf tissue. Cordgrass ramets were planted in large pots, exposed to different light and grazing treatments, and monitored for survival, growth and resprouting following grazing.

The researchers conclude that grazing by rats and shading by mangroves are two critical factors that make mangroves resistant to cordgrass invasion. Rats tend to build their nests near the mangrove forest edge, so it is not clear how far into the forest the rat effect extends. Rats do prefer to forage in the understory (rather than right along the edge), presumably because the understory helps to protect them from predators.  In essence, mangroves compete directly with cordgrass by shading them out, and also indirectly by attracting cordgrass-eating rats. Conservation biologists need to be aware of both direct and indirect effects when designing management programs for protecting endangered ecosystems such as mangrove forests.

note: the paper that describes this research is from the journal Ecology. The reference is Zhang, Y. , Meng, H. , Wang, Y. and He, Q. (2018), Herbivory enhances the resistance of mangrove forest to cordgrass invasion. Ecology. Accepted Author Manuscript. doi:10.1002/ecy.2233. Thanks to the Ecological Society of America for allowing me to use figures from the paper. Copyright © 2018 by the Ecological Society of America. All rights reserved.